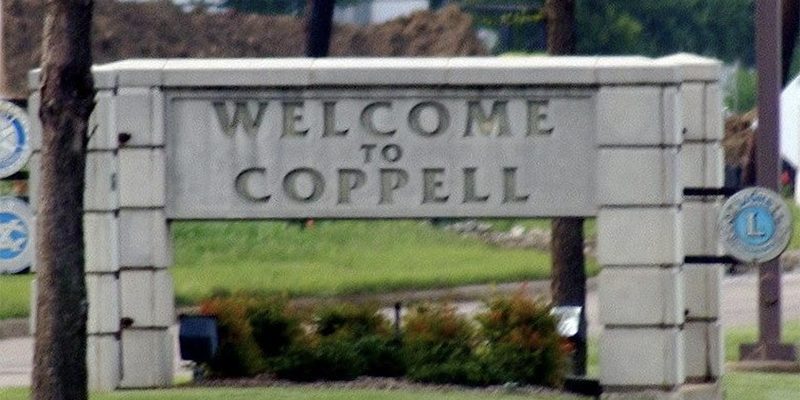 Coppell, Texas was first settled by French and German settlers back in the 1840s. The area was called Gibbs Station back then. Later the city was renamed in 1890 to Coppell, in honor of George A Coppell a local engineer who was responsible for bringing the railroad to city. Later in 1955, the community was formally incorporated via a ballot which passed 41 to 1.

The opening of the nearby Dallas/Fort Worth International airport later in 1974 lead to the city rapidly transforming from what was a tiny village back then to a posh, upper-middle-class suburb. The transformation was in particular accelerated through the 1980s and the 1990s. By the year 2000, almost all the zone land was fully developed, and the population had grown from a few hundred back in the 80s to over 35,000.

In addition to a growing number of homes, the city also became a hub for commerce with transportation centers and warehouses on the west and east sides of Coppell springing up. All of these commercial enterprises were gearing up to take advantage of the nearby airport.

While Coppell is no longer a rapidly growing city, it is home to some very interesting attraction. Most people who visit will be interested in the:

In 2017 Coppell was estimated to have a population of around 41k, with a density of 2904 people per square mile, which is a 3.7% percent population increase from 2017.

The median household income in the city is around $120k, with 72% percent of homes owner-occupied. If anything, it is a clear indicator that the city has a very strong upper and middle class.

Home to the Top Gymnastics Club

Unknown to many people, including residents Coppell is home to the Texas Dreams Gymnastic club, which is the leading club in the US. The club has produced such grates as Bailie Key and Peyton Ernst. Furthermore, the cub has a sold Level 10 team of gymnasts, headed by a former Olympian and the first World Champion Gold Medalist Kim Zmeskal Burdette, who won in 1991. That’s why the city is slowly becoming a hotspot for people who are either interested in gymnastics or top coaches who want to join a team of winners.

The 3rd Most Trees Per Resident

The city experiences some of the worst humid subtropical heat in the summer. According to the US Energy Environment Administrator’s report from 2016, Coppell has the 3rd most number of trees across over 35k residents in the US. There are 2.5 trees per person, placing it just a hair behind Sacramento, CA and Michigan’s city of Ann Arbor.

While Coppell wouldn’t sound like the most interesting place to live on paper, the fact is that the city is safe, clean and offers a myriad of opportunities for residents and visitors alike.